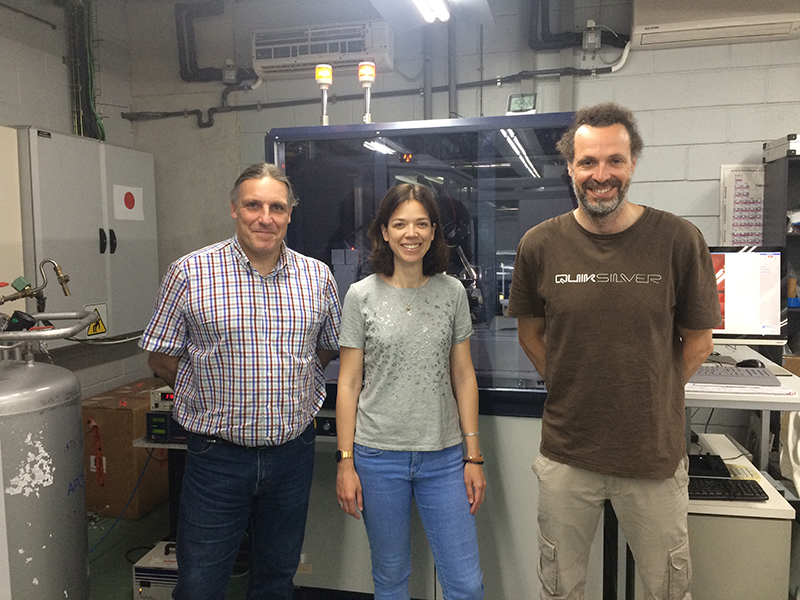 In the following Chart you can see the evolution of the Unit in terms of samples managed. 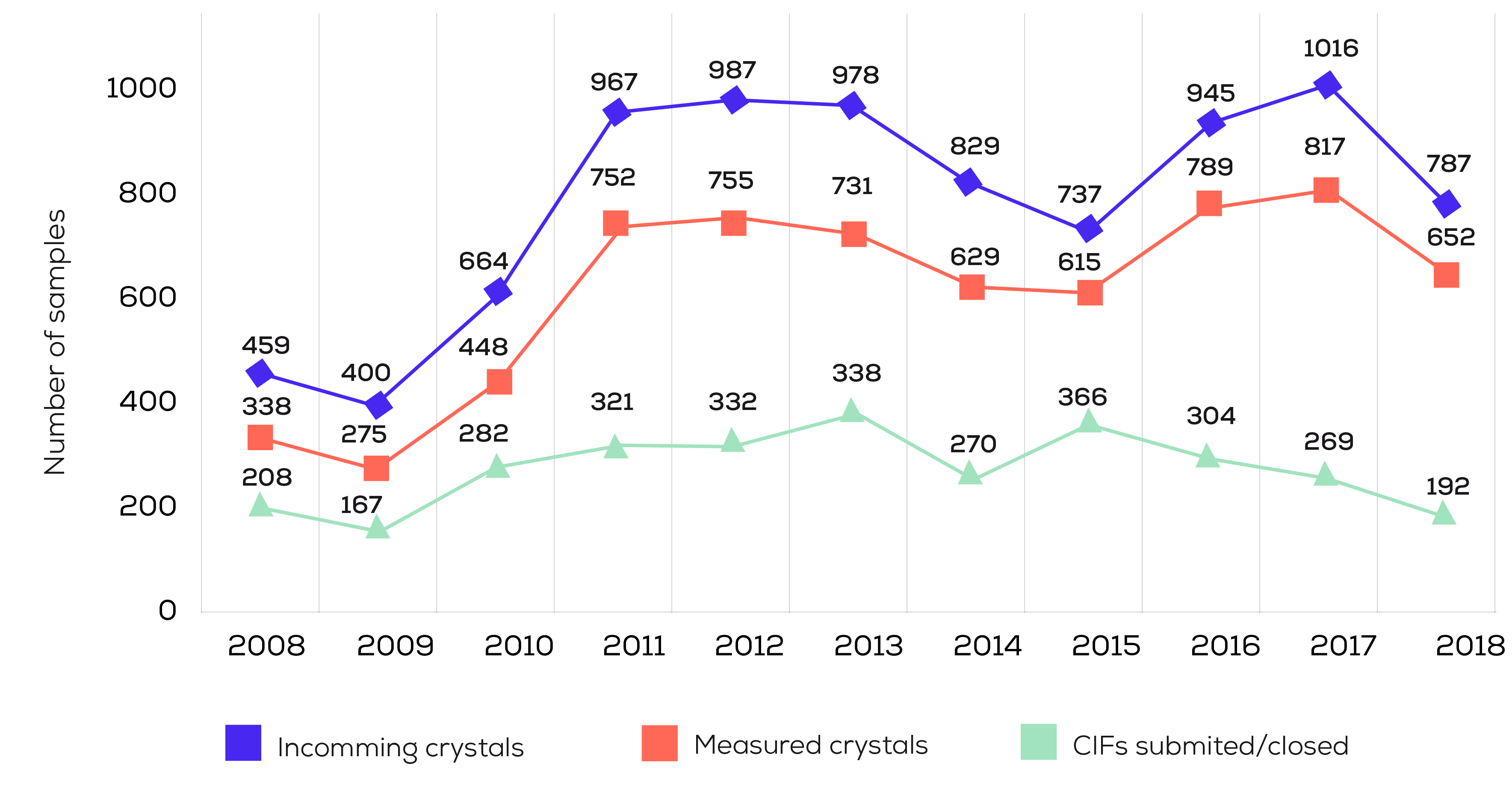 The renewed OHCD Laser was used for the preparation of some single crystals. For example, a new series of Pharmaceutical Co-Crystals were prepared using this system. Additionally, the OHCD was used for the crystallization of different model molecules (Toluene, Trifluoro-Toluene, etc…) which were measured using high resolution, with the aim to perform Charge Density Analysis.

The expertise of the X-ray Diffraction Unit on preparing highly sensitive samples was successfully applied for different samples prepared by ICIQ researchers.

Regarding powder X-ray diffraction, the number of PXRD patterns measured in 2018 were 5123. This number of PXRD patterns corresponds to the fourth highest since 2004. Additionally, the X-ray Diffraction Unit measured in ALBA Synchrotron in relation to limit of detection of polymorphs in pharmaceutical products. The measurements of variable temperature are still requested and 8 measurements were performed.

This website uses cookies to improve your experience while you navigate through the website. Out of these, the cookies that are categorized as necessary are stored on your browser as they are essential for the working of basic functionalities of the website. We also use third-party cookies that help us analyze and understand how you use this website. These cookies will be stored in your browser only with your consent. You also have the option to opt-out of these cookies. But opting out of some of these cookies may affect your browsing experience.
Necesarias Siempre activado

Any cookies that may not be particularly necessary for the website to function and is used specifically to collect user personal data via analytics, ads, other embedded contents are termed as non-necessary cookies. It is mandatory to procure user consent prior to running these cookies on your website.