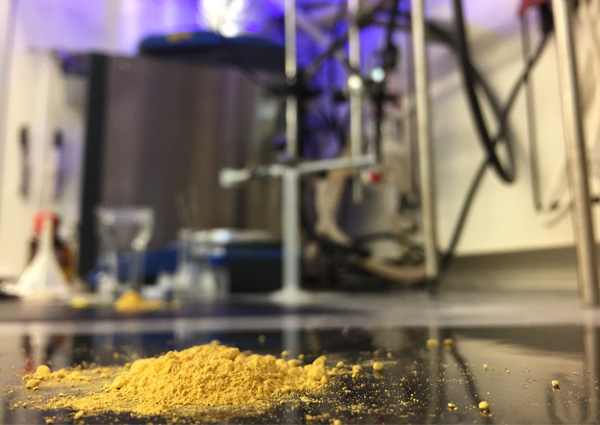 The new organic catalyst is stable under bench conditions.

In 1789, Antoine Lavoisier already used ‘radical’ in his Traité Élémentaire de Chimie – although the term had a slightly different meaning back then. Now, ICIQ researchers are still using radicals – molecules that have an unpaired ‘valence electron’, which makes them very reactive – to bring new synthetic strategies to chemists. “Radical chemistry offers unique ways of making molecules,” quips Paolo Melchiorre, ICIQ group leader and senior author of the paper published in Nature Chemistry. 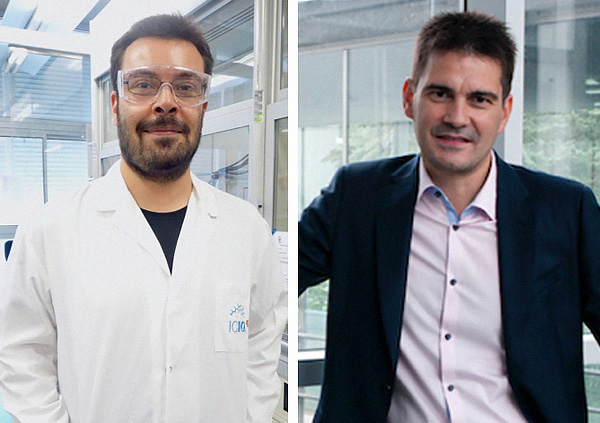 The ICIQ researchers have developed a photochemical catalytic strategy that generates carbon radicals from alkyl chlorides – linear organic molecules where all the C-C bonds are single – by exploiting their electrophilic properties. To make the strategy work, the scientists have adorned an organic catalyst with a chromophore unit to make it absorb visible light. The catalyst, by using a fundamental pathway of ionic chemistry, the SN2 substitution, can generate radical intermediates from a variety of chemically interesting molecules. “We can activate molecules that are inert to other strategies. All this is possible because of the catalyst and the mechanisms by which we activate the molecules,” explains Bertrand Schweitzer-Chaput, an ICIQ postdoctoral researcher part of the Melchiorre group.

As a proof of concept, the researchers have included in the paper the use of the new radical-generating catalytic strategy in the synthesis of complex structures of drug intermediates like Tolmetin, a non-steroidal anti-inflammatory drug. “The method, by providing a complementary way of generating radical intermediates, could be useful to expand the synthetic potential of radical chemistry,” explains Melchiorre.

Chemists use radical reactivity in organic synthesis, material science, and life science. Although traditional radical generating strategies are powerful, they usually require harsh conditions that can include high temperatures, UV-light irradiation, toxic or explosive agents, etc. The new strategy can be very attractive for synthetic chemists, as it provides a way to generate radicals under very mild conditions and in a catalytic manner.

“This method offers synthetic chemists a different strategy to plan the formation of radicals. As all strategies, it has clear limitations, since only stabilized radicals could be formed so far, but the underlying mechanism is completely orthogonal to established radical generation strategy. We will surely continue to investigate the potential of this approach and are curious to see where our future efforts will bring us,” concludes Melchiorre.